Lyrics of Can’t Give It Up by Bone Thugs

There’s always something you got to give up (Yeah, I know)
If you want everything you want (But shit I don’t know, I don’t know)
My life is a jungle, I struggle hustle Monday through Sunday
They tell me the world is mine but shit I don’t want it, who want it?
How could it be mine and I’m still hungry, still hungry
Lost and lonely, so I holler at the voices of the wind as a friend
But I predicted this ending, back in the day
Cause I had visions of bad decisions knew niggas would go astray
Although we pray and we pray and we pray
We do but still want to make the loot
No more united, divided we fall, nigga and hard
We all dealt fucked up cards but don’t complain;
Just play the hand that you was dealt
You play ’em right you prevail, you play ’em wrong then you fail
It ain’t hard to tell, when you been headed for self destruction
Cause I, could look at the piece of the puzzle
It ain’t no love involved, everything we was dissolved
We all hard as one, but together we raw
And there ain’t a nigga that can fuck wit that
We split up, we tied up, my nigga whats up with that
Letting the devil get in, to the pen
Devils pretending to be friends
We was taken by that snake in the grass
Should of stuck the nigga fast
Yeah, that motherfucking snake in the grass
We dropped our guards and he got inside us like a virus
Now our family reunion done turned into a family crisis
I was never on some solo shit
Always down to roll and blow a head off
He dead off and don’t know me, don’t tell me you love me
When I was lonely and my daddy died
All of my niggas came to the church
And thanks for coming, I’m still stressed out over the death
When I take my breath and puff my cigarette
I think the world is just collapsing
But I’m still rapping get it all off my chest
So I came back to the action
When the bird was flying, low, and laughing
Family bashing ’til it just happened
Then Wally passed, and he asked me, “Wasn’t it tragic?”
Louie asking me if he’ll ever come back so hard
We tell the truth, no use in beating around the bush
Baby I’m sorry.. it’s all in the game
Throwing up blood, fuck it Layz’
Let’s sign our life away
Now see me? I ain’t giving up a motherfucking thing
It’s hard to come by, and I ain’t no bitch nigga
Shit been in some robberies and walk-bys
And you don’t want that, neither do I
But I will, I will, cause I’m a hustler, hustler
High ’til I die, I’m goin’ get mine
Even if it mean murder, getting caught, fuck it let me fry
Know it’s hectic, niggas start shit nowadays..
But I’m a hustler just like you, don’t bring that shit my way
Hell no I’ll be thugged out nigga, turned out nigga
Running with niggas that’s killers,
The realest that be shermed out nigga
Spitting my prophecy ain’t no stopping me
I’m coming through with the motherfucking shotty
I really don’t want to hurt nobody, just kill off Illuminati
Fuck the D-E-A and the F-B-I
I-R-S can kiss my ass, U-C-P-D, F-C-C
Y’all better quit too ‘fore a nigga come blast you
Blast you “Hit ‘Em Up” like ‘Pac did
Take ’em hostage, terrorize and torture
Your ghetto resource’ll be pay back, pay back
Little Lay that, young nigga with scrilla
And bitch I thought you knew
You got a beam on me? I got a beam on you
You fuck wit me? I’ma fuck wit you
Beeitch! Like it always be
Y’all bitches gon’ have to kill me, feel me!
You gon’ have to pop me, to even try to stop me from grinding
I’m leaving you blinded by the size of Mo Thugs ’til you find us
All the nigga know what the hood like
In the streets gotta get that good life
Selling that yea up under the street light
It’s the hood life, don’t fight
A nigga want out but just can’t get out,
So I guess I gots to face it
All them dreams of having big things, I’m still gon’ chase it
Here they come, wait can I barktalk Bone, jumping it feeling
Better now, better hit ’em with the future shot
But feeling like Pac, that’s what the guy thought
But this shit don’t stop, I send much love to the pop
Dropping this shit today, we kicking this thug music
Better love us, so when I love smoking buds on the bus
See we gone sells out that’ll make you lust
My nigga don’t play too close, my thugs in heaven and shit
My niggas’ll pop with the pistols, and snap out the holsters
And cover a snitch all wet
Why the fuck could not he write me S-E-T for the second sincerely
We bagging ’em up rolling niggas and throwing ’em in the wasteland
Soldier, told ya nigga we gone have our time
Like daughters in heaven don’t tell him, on his knee
He’s fell, he better hope he don’t fall victim
Niggas pick up another, then they run
But I’m through with the body bitch ah
But when they want it, yea he just in the business
Flesh giving you pain or pleasure, whatever you want I’ma bring
Young, but them package you’ll be impressed
If it was something you can’t give up
Yea I know (Would ya give it up)
To get everything you want
But shit I don’t know I don’t know (I can feel the pump) 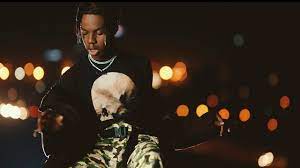