A video that’s made its way to the internet shows some Nigerian men crying out in Agony as they were being brutally assaulted by soldiers and civilians in India.

A Twitter user who spray the video revealed that the brutality is suspected to be in partner to Nigerians staging a protest days ago after a Nigerian man was killed while being questioned by the police. 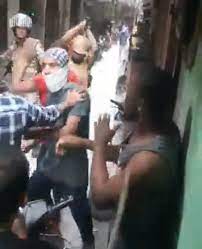 The Twitter user review that his girlfriend lives in Vikaspuri, the area where Nigerians were rounded up and brutalised. He went on to add that a warning had been sent out over the weekend, asking all Nigerians in the area to flee. 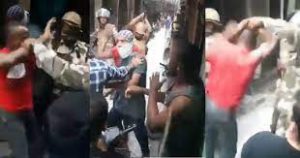 Those who stayed back were forced out of their homes and were beaten by soldiers and civilians.

“What did we do now? We did not do anything,” one of the Nigerian men is heard saying as they are beaten with batons. 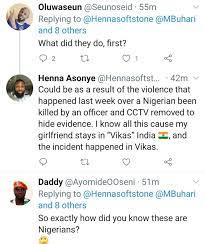 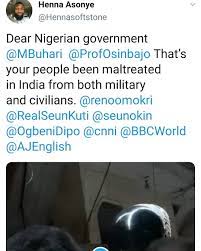