Residents of Owo Local Government Area of Ondo State have said they can no longer go to their farms for fear of being killed, raped or kidnapped by Fulani herdsmen.

They claimed the recent killing of a vigilante and an informant of the Ondo State Security Network, better known as Amotekun, by herdsmen has created tension in the area with some residents fleeing the community.

A resident of the community told SaharaReporters that the forest reserve area in Owo is now a no-go area as gunmen have taken over the area.

He said, “A lot of things are happening in this area; this is the same area where they killed the Olufon of Ifon, Oba Isreal Adeusi. Unfortunately, the police are now inviting chiefs of that town to Abuja to come and explain why they killed a cow. When the monarch was murdered, nobody was invited.

“Secondly, during the last operation by Amotekun operatives along Ute Road, they invited somebody; let me call him an informant, because the person knew the terrain of the forest reserve area very well. The Amotekun coordinator in Owo went to meet him at home. The first day, they had a successful operation, they arrested three Fulani herdsmen. The following day, they were ambushed and two people were killed while one person is still missing.

“The corpse of one of those killed by the Fulani herdsmen was left inside the forest, until someone called a former Special Adviser to the Governor who intervened. His corpse was then taken to the Federal Medical Centre, Owo. You won’t believe we were the ones that paid for all the logistics to move the corpse, not the government, not even Amotekun.

“The families of the two persons that were killed, an informant and a vigilante, have been abandoned. There was even no condolence visit to their families. It was only Olowo that sent his chiefs to meet their families.

“Right now, most of us are afraid to go to our farms because of Fulani herdsmen, we don’t want to be killed. For those who summoned up the courage to go to their farms, they found that all their farm produce had been destroyed by cattle belonging to Fulani herdsmen.

“They rape any woman they find on a farm or alternatively you leave your farm for them so that your life can be spared. That’s the situation we are facing here.”

Last month, Rotimi Akeredolu, governor of the state, issued a seven-day quit notice to the herdsmen operating illegally in the state’s forest reserves.

Apart from ejecting the herdsmen, the governor also banned underage grazing, night grazing, and movement of cattle within the cities and on highways.

The governor had said, “Today, we have taken major steps at addressing the root cause of kidnapping, in particular, and other nefarious activities detailed and documented in security reports, the press, and debriefings from victims of kidnap cases in Ondo State.

“As the chief law and security officer of the state, it is my constitutional obligation to do everything lawful to protect the lives and property of all residents of the state. In light of the foregoing, the following orders are hereby issued: All forest reserves in the state are to be vacated by herdsmen within the next seven days with effect from today, Monday, January 18, 2021.”

The issue generated an uproar and after a meeting with some stakeholders, Akeredolu asked herdsmen to register with the government so that they can operate unhindered in the forest reserves. 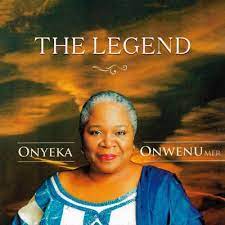