The police in Bayelsa State have confirmed that a police sergeant, including an officer with Nigeria Security and Civil Defence Corps, have been shot dead by gunmen in Yenagoa.

The police spokesperson in the state, Asinim Butswat said in a statement on Monday that the two security officials were shot on Sunday at a road junction in the state capital during a gun battle between the gunmen and the operatives of a Joint Task Force codename Operation Doo Akpor, according to a report by the News Agency of Nigeria (NAN).

The slain security officials were members of the task force.

Mr Butswat, a superintendent of police, said the task force repelled the gunmen and prevented them from attacking their target.

“The gallant operatives engaged the hoodlums in a shoot-out and repelled them from attacking the nipping point,” he said. 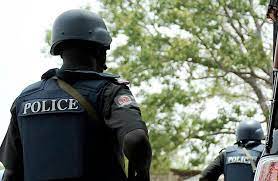 The police spokesperson confirmed the abduction of Gbalipre Turner, the father of the Chairman of the Ogbia Local Government Area of Bayelsa State, Ebinyon Turner.

Mr Butswat said the gunmen stormed the home of the elderly man in Yenagoa on Sunday and abducted him to an unknown destination.

He said the police responded swiftly and pursued the kidnappers to a waterfront, where they abandoned their vehicle and ran away with the victim in a speedboat.

The Commissioner of Police in Bayelsa State, Echeng Echeng, has ordered for a manhunt to rescue the kidnapped victim and arrest the fleeing gunmen, he said.

The police appealed to members of the public to volunteer useful information that would assist the police in its investigation into the incident.

Abduction for ransom has become one of the prevalent crimes in most states in Nigeria, with criminal gangs going after school pupils and students, politicians, and just anyone they can place some value on.

Some bandits last month killed two officers and abducted a senior officer during a daring attack on the Nigerian Defence Academy in Kaduna.