Police Operatives of the Rivers State  Command have ungrave the remaining body of a pastor from a shallow grave where he was buried by his abductors in Luorre Community at Khana Local Government Area of the state.

56-year-old pastor Friday Olakada, the General Overseer of God Is God Ministries at Agbochia in Eleme Local Government Area, was kidnapped on May 14, 2021, by four men who pretended to be passengers.

updating Journalists at the scene of the crime in Lorre Community on Friday, August 6, the State Commissioner of Police, Mr Friday Eboka said the four suspects collected the sum of five hundred thousand naira as ransom from the victim’s family, killed and buried him in a shallow grave.

The CP explained that the suspects confessed to have killed the father of six ten days after collecting the ransom.

The prime suspect, Prince Odi, 27, in an interview with journalists shortly after leading the police team to the shallow grave, said they killed the victim because he recognized one of them. 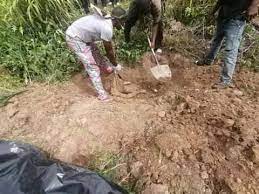 Odi said they were contacted by someone who was in need of a Siena bus so they lured the victim and snatched the car.

The younger brother to the deceased, Mr Woko Olakada commended the police for their efforts and asked that justice be served in the matter.

Mr Olakada also expressed sadness over the demise of his elder brother noting that the family is in pains as the children of the deceased are facing untold hardship.

State of The Nation: Do something urgently, Nigerians living in fear over unending insecurity, Akere...
Bandits abduct four children of village head in Katsina
Woman Reveals Her Terror As Bolt Driver Allegedly Refuses To Let Her Out Of His Car After Ending Tri...
Must Read! Inside the ''operation'' Hushpuppi carried out that criminated super cop, Abba Kyari
Kidnappers On Rampage In Abuja
Formal beauty queen, Iheoma Emenike, flaunts her curves in sexy swimwear photos
Paedophile priest jailed after wife discovered child abuse images on his phone
Man Give His Old Friend N20k As A Reward For helping Him throughout secondary school
"May God never allow me to be hot water pourers in Jesus Name" - Ex-Governor Ohakim's daughter, Adan...
BBNaija: I see myself making love with Cross outside the house – Angel 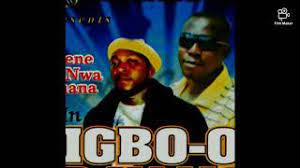