—- We’re not afraid to make decisions, time to take bull by the horns

Chairman of the South Governors Forum, Rotimi Akeredolu has raised the alarm that Nigerians are living in fear over the unending insecurity across the country.

Akeredolu said this while receiving members of the Governing Board of the Federal University of Technology, Akure (FUTA) led by the Chairman, Ambassador Godknows Boladie Igali to his office in Akure, the state capital.

He lamented that ” the people are living in fear and something must be done urgently to address the situation and restore hope to the minds of the people.

“Look at what is happening in Zamfara. They try to clothe it and call them bandits. They are terrorists.

” So, the growth in science can not be based on just your charge but the conducive environment in the country,”

Akeredolu emphasized the need to make the country livable for the people so as to harness their talents for national growth.

” To achieve Nigeria’s goals for Science and Technological advancement, the country must be made conducive for living, particularly for the young ones. 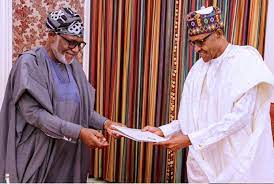 “For us in science and technology, we need to do more. Japanese, Chinese and other developed countries send people to where science is the best. We have heard of countries that send their people to the USA to train in Science and Technology.

“They didn’t stay there. They went back to their country to develop it.

“Commitment to one’s country is key. But we need to make this country a livable place so that the young ones will be confident and have hope to live in this country.”

Speaking on open grazing, Akeredolu emphasised the need for the country to embrace modern ways of animal husbandry, describing open grazing as old and now illegal in the state.

“Today, I can say there are modern ways of animal husbandry and we have to take the bull by the horns.

“We are not afraid to take decisions. Modernity has taught us that you can extract more milk from cows in a modern way better than when you take them from one place to another. It is about science. People have developed that science.

“I’m happy when I see Mr President go to Katsina and visit his cows. They are well kept. The technology of animal husbandry, we must embrace it.”

The governor described FUTA as one of the leading Universities in the country, particularly in terms of research.

“We take pride in FUTA and its achievements over time. And I have had serious connections with FUTA not only as a Governor.

“We have a strong relationship with FUTA. FUTA for us is one of the leading universities of technology in Nigeria if not the leading. One of our lecturers won the best researcher award in the country. I congratulate you.

Earlier, the Chairman of the Governing Council, Ambassador Dr Godknows Boladie Igali who was accompanied by the Vice-Chancellor, Professor Joseph Adeola Fuwape lauded the strides of Governor Akeredolu.

Igali said “Seeing the transformation, especially the urban renewal, it is tremendous. With your focus on education, we know what you are doing at Olusegun Agagu University of Science and Technology, Okitipupa (OAUSTECH).

“Since you assumed office, you have done a lot and you have shown yourself to be a friend of the university. You helped us established the tech hub. You have helped the University in terms of some external works.

He lauded the governor ” for all the efforts that were put in to get the approval for the medical college. We will be able to get serious research into the medical science,” he said.

Igali reiterated the commitment of President Muhammadu Buhari to the growth of Science and Technology in the country. 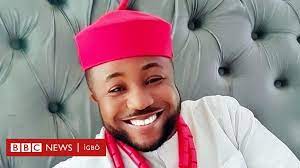