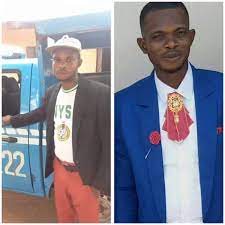 The villagers say the attacks had risen in recent times with massive catastrophe, and little or no effort has been made by the Police or the state government to end the attack.

Bishop of Anglican Diocese of Eha-Amufu, Rt Rev Daniel Nkemjika Olinya, who authenticate the development to Daily Sun, painted a horrible and gory picture of the inhumane actions of the suspected herdsmen.

He registered his concerns that herdsmen attacks in farm settlements in the affected Mgbuji community and its neighbours have been on the rise and the government has not done enough to end the attacks.

“This is the third time the armed herdsmen are invading the Mgbuji community this year, aside from indiscriminate kidnappings which we have lost count of. Most of the time, they invade the community, kidnap and kill the victims, many of them. The last attack before this Sunday’s attack led to the death of six people. Five of them have not been buried and, now they came again this time and killed eight persons,’ he said.

“Some people said the rising attacks in the recent time could be linked to the eviction notice given to the herdsmen and other conditions of operation that are, perhaps, unacceptable to the herdsmen.

“For instance, some of the people who were kidnapped and released recently by the armed herdsmen stated that the herdsmen insisted that they would continue their criminal actions until IPOB leader, Nnamdi Kanu, drop his agitations for Biafra.’

Bishop Olinya further confirmed that the Police came on Monday, 24 hours after the attacks, with the intention of taking away the corpses, but the community members resisted them because they have not released other corpses in their custody for burial.

The community members said the Police asked that they sign undertaking before they could release the corpses to the family members for burial. But the undertaking, as gathered, was not favourable to the community, hence they withheld their signature.

He said that part of the undertaking was that they would allocate land to the Fulani people, accept and live together with them whenever they return to the community, and that was unacceptable to the community members. So, the corpses are still with the police.

He called on the Enugu government to take action on these armed herdsmen.

“Our people are living in fear and anxiety. They no longer go to their farms because these armed herdsmen have occupied locations where food are produced for local consumption and supply to the state.

“The Anglican Bishop said the state government is aware of what’s happening in the community contrary to the belief that they are unaware, but the government has deliberately refused to take strong actions against the activities of herdsmen.

“Unfortunately, the state government had chosen to shift their responsibilities to members of the Neighborhood Security Watch Outfit who are obviously ill-equipped to confront these armed herdsmen. Neither modern weapons, logistics, operational vehicles nor motivations were provided to enable them to respond to the attacks.

“These armed herdsmen rape and kill our women and men who go to the farm for one reason or another. The implication is that there might be a scarcity of food next year, and that could be disastrous and have a significant impact on the economy of Eha-Amufu and beyond. Imagine that a basin of garri that used to be sold at N2,500 has risen to N10,000 to N12,000. People, unarguably, are dying of hunger.”

Meanwhile, one of the members of the neighbourhood watch in the community who pleaded anonymity also confirmed the development and accused the security agents, particularly the police of championing the interest of the armed herdsmen. 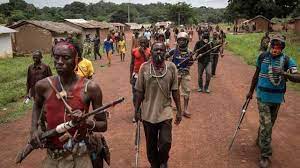