TOPIC: You Are Not Ordinary (TREM Devotional 27 November 2021)

“Ye are the light of the world. A city that is set on an hill cannot be hid.” Matthew 5:14 KJV

The world we live in has been designed by the devil to intimidate you, put you down, disgrace you, bind you, and hinder God’s purpose for your life. Remember that the devil is the god of this world. That is how the world has been designed. But the God that has called you has equally equipped you to be able to confront your confrontations and overcome any circumstance. He has actually called you to reveal His glory on earth. You are not meant to be ridiculed by the world. He called you that you may show the world the way, because you are the one with the light.

The world doesn’t have the light. You are the light of the world. You are the salt of the earth. You are a chosen generation, a royal priesthood, a peculiar people and a holy nation, set aside to show forth the praises of Him who has called you out of darkness into His marvelous light.

You are not ordinary! When you became a believer, something powerful happened in your life. God chose you to accomplish the impossible. He called you to play in the big league, not to hide you in the crowd. He did not call you to be intimidated and confused. He did not create you to fear. He called you for something more powerful – to stay in covenant with Him, to establish His Kingdom on earth.

Written by Dr. Mike Okonkwo; Is the Presiding Bishop of The Redeemed Evangelical Mission (TREM); a versatile man of God with over 30 years of dedicated service unto the Lord. 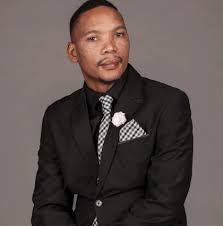