The Federal Inland Revenue Service (FIRS) has urged taxpayers, especially in Rivers State, to continue to pay their Value Added Tax (VAT) to it despite a court order against that claim.

It warns that defaulters may be asked to pay fines.

The FIRS has been locked in a contest with the Rivers government over which entity has the right to collect VAT.

The federal government, through the FIRS, has been in charge of VAT, which it then shares to the federal, state and local governments.

That was until a federal high court in Port Harcourt in August ruled that it was the right of the Rivers government to receive VAT in the state. The state argued that it was against the constitution for it to generate VAT that is later shared to other states. 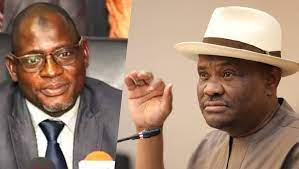 The highly populated Rivers, Lagos and four other states are responsible about 80 per cent of VAT collected in Nigeria.

On Monday, the Federal High Court in Port Harcourt rejected a challenge by the FIRS against the ruling, putting down the agency’s application for an injunction.

The ruling has, at least for now, cleared the way for the Rivers government to enforce its newly passed VAT Act. Lagos on Monday pushed its VAT Bill through the second reading.

Despite the latest development in court, Johannes Wojuola, the special assistant to the chairman of the FIRS on Media and Communications, in a statement Monday urged taxpayers to “remain calm” and maintain the “status quo”.

“The FIRS having lodged, in the Court of Appeal, both an appeal against the decision of the Federal High Court sitting in Rivers State in Suit No. FHC/PH/CS/149/2020, Attorney General of Rivers State Vs Federal Inland Revenue Service, and an injunction pending appeal of the said judgement, assures taxpayers that there is no cause for alarm.

“The Federal High Court ruling should not breed any confusion as to the obligations of taxpayers. Taxpayers must continue to comply with the Value Added Tax Act pending the final determination of appeal,” the statement said.

He said taxpayers “must” continue to pay their tax to the FIRS to avoid paying penalties for failure to do so.

“For the avoidance of doubt, records of appeal have been transmitted to the appellate court. The Service is confident that, given the extant laws, the arguments and case put forward, it will earn a favoured judgment at the appellate court,” the statement concluded.