A young Nigerian man who is yet to be identified young man has been confirmed dead in Jos.

The man was confirmed dead after he was brought out of a well in Farin Gada area of Jos, Plateau state on Friday morning, February 5.

It was gathered that the deceased jumped from a storey building while attempting to flee from operatives of the Economic and Financial Cromes Commission (EFCC) who stormed their house at ECWA staff quarters to arrest them for alleged fraud and cyber crime. 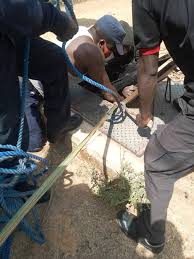 While his six flat mates were arrested by the operatives, the young man jumped from the first floor and hid inside the well in the compound. 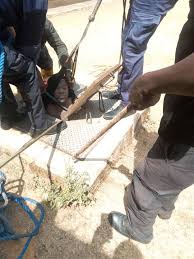 His corpse was brought out of the well by men of the Federal Fire Service Jos on Friday morning after a report was lodged in their office.

His legs were said to be broken as a result of the high jump.

Police were on ground to evacuate the corpse from the scene. 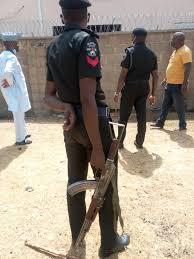